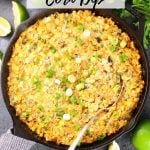 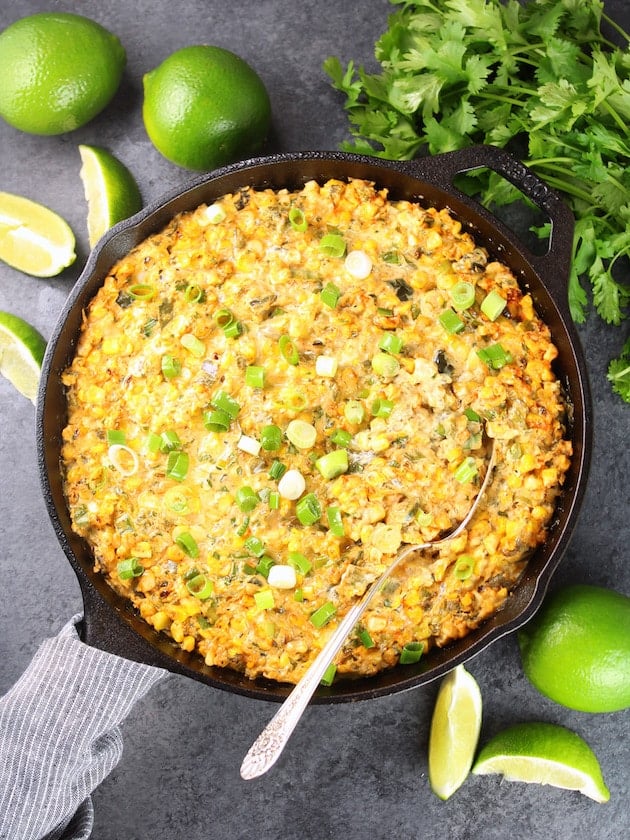 I think I’ve cooked corn on the cob almost every day for the past two weeks… from my creamy cheesy corn dip to this zippy jalapeno corn salad…  I guess I’m just trying to get my fill while I can.

Fresh heirloom tomatoes, yellow squash and zucchini, and sweet corn on the cob are some of my favorite things about summertime living.  There’s just nothing like some sweet golden goodness with melted butter and salt.  Mmm, mmm!

Well, except for this creamy Smoky Poblano Corn Dip!  It’s become a go-to summer appetizer over the past few years. Seriously, it might be my favorite corn recipe of all time! 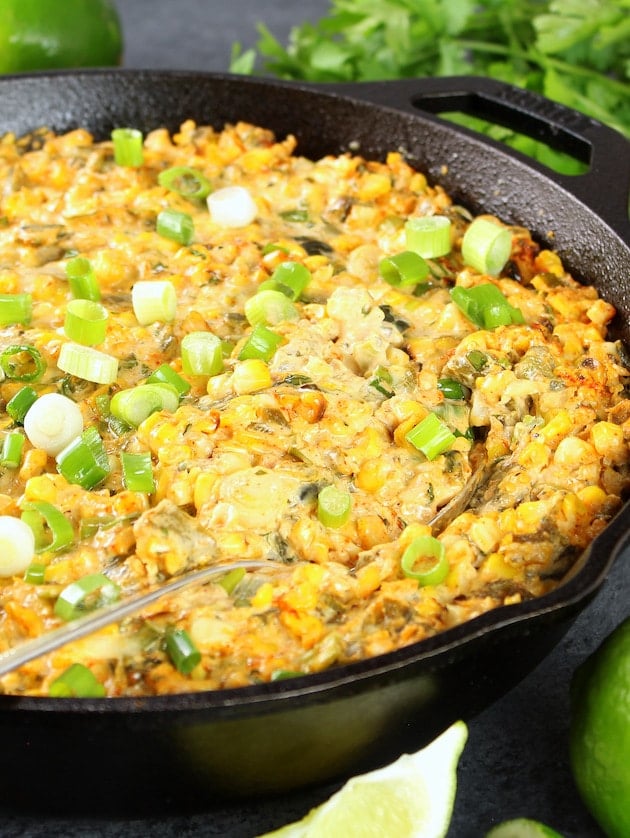 I found the original recipe in the August 2015 addition of Bon Appétit magazine.  It was in their “r.s.v.p.” section – you know where they offer to get a restaurant recipe for you if you email them and request it?  A reader emailed in asking them to get the Elote Dip from Pig & Prince in Montclair, NJ.  And that’s exactly what they did.  I’m super grateful ‘cause this dip is the bomb dot com!  Of course I changed it up ever so slightly, but that’s what I do.

Making dishes taste better – one recipe at a time.  It’s kind of my superpower.  Less about my giftings, and more about this tasty smoky creamy corn dip!

It gets its smokiness from the grilled sweet corn, grilled poblanos and smoked paprika.  The sour cream and cream cheese add the creamy texture.  And the cilantro, green onions, lime juice, salt and pepper add all kinds of balance and yumminess to this dish.

PS:  If you’re looking for a sour cream substitute Greek yogurt is a great option. 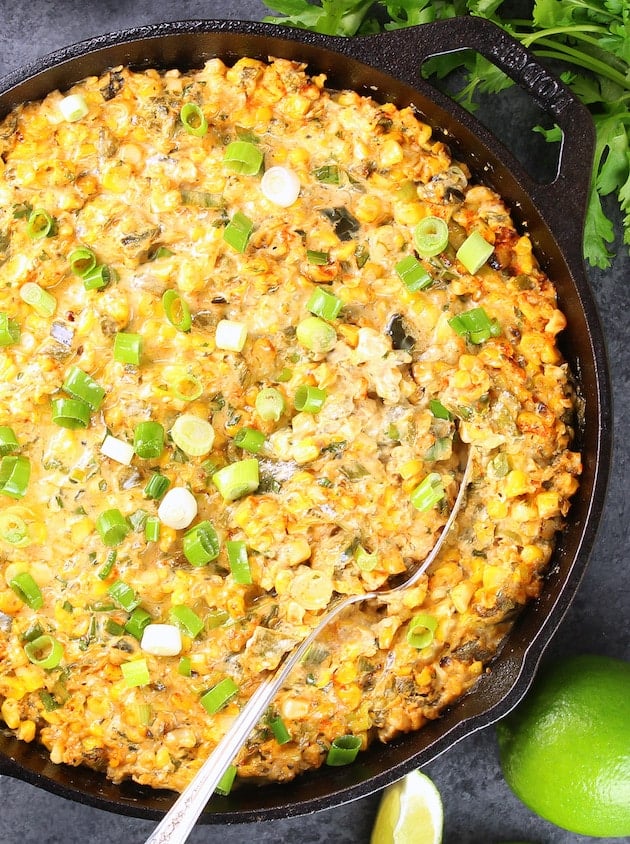 Just how spicy are poblanos?

Sometimes the dip turns out a little spicier than others.  Poblano peppers are considered to have mild flavor and are pretty low on the heat scale.  But sometimes they can unpredictably give off some decent heat.  The only way to know how spicy they are, is to taste them.

Poblanos are still considered to be milder than the jalapeño pepper and are ranked at 1,000-2,000 on the Scoville Scale (which is the measurement of the spicy heat of chili peppers—or other spicy foods). 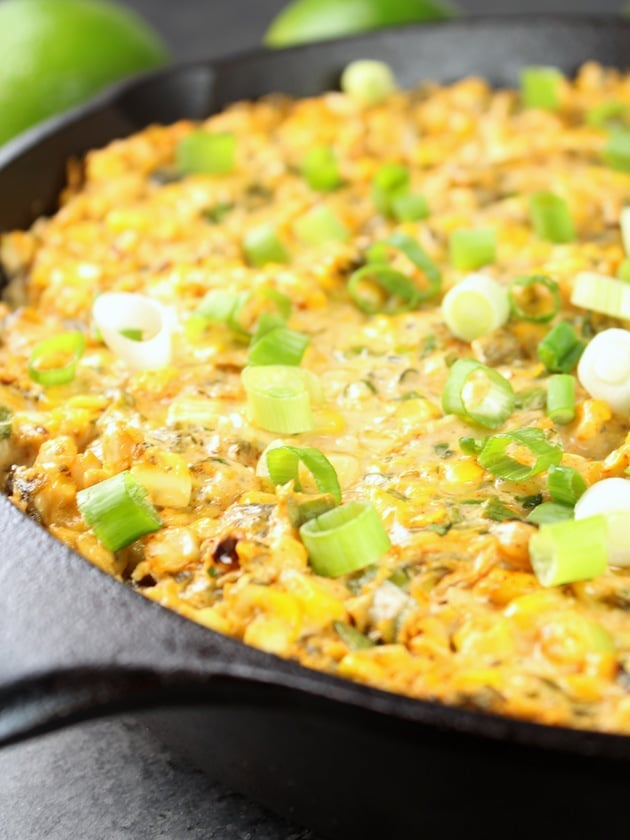 Business Insider says, “The Scoville ratings are determined by the Scoville organoleptic test.  The capsaicin oil (the spicy part) of a pepper is extracted and then incrementally diluted with sugar-water until a panel of five testers can no longer taste the spiciness.”

Here’s an example of a Scoville Pepper Scale that ranks everything from the Trinidad Scorpion (the hottest pepper on the planet) to the good ole’ Bell Pepper, which is ranked the most mild.

This is all probably more than you ever wanted to know about peppers and the heat they give off.  You know me, always sharing the wealth.  What can I say?  I’m just a giver.

And since I’m in the mode of sharing let me give you the details on this mouthwatering dip! 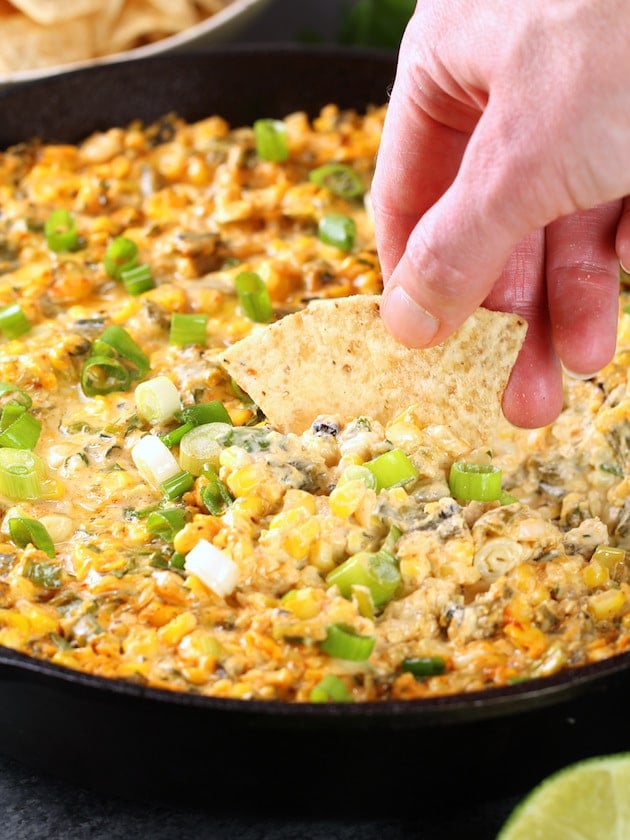 First, I grilled the poblano peppers over a hot grill for about 9 minutes – rotating them occasionally until the skins were blackened.  Then I put them in a medium size bowl, covered it tightly with plastic wrap, and let them steam while I grilled the corn. 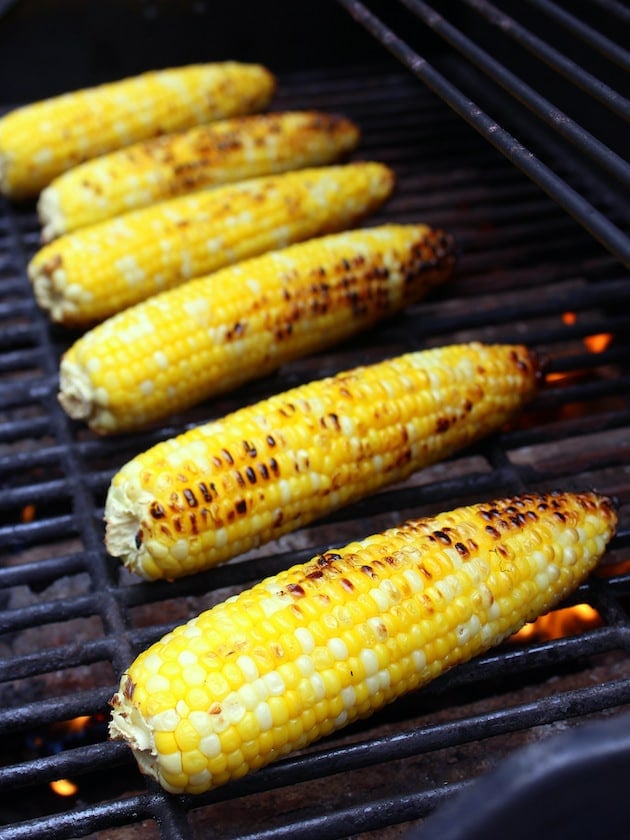 I grilled fresh sweet corn on the cob (husks removed) for 10-12 minutes, allowing about half of the kernels to get charred.  I let them cool, cut the kernels off the cob with a sharp knife, and placed them in a large mixing bowl. 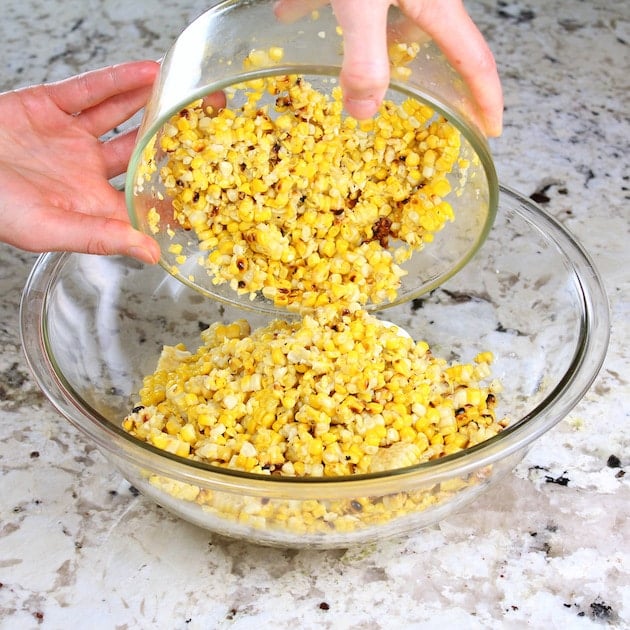 When the poblano peppers were cooled I removed the stems, skin, seeds and veins.  Then chopped them into ¼ inch pieces and added them to the bowl with the corn. 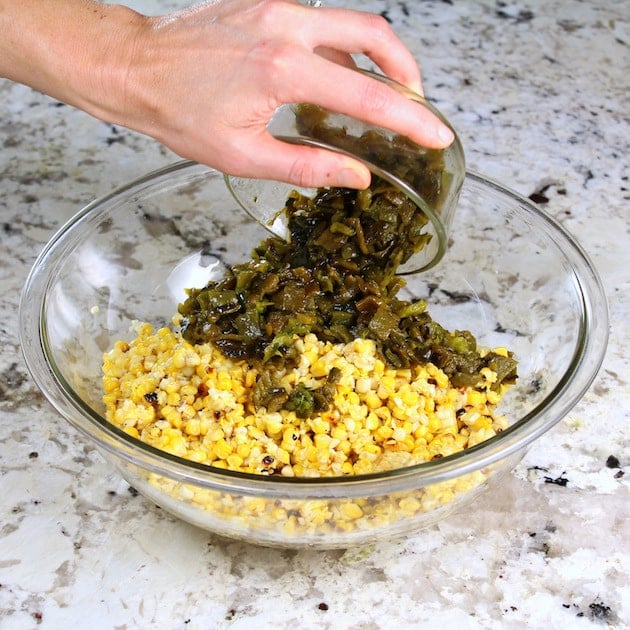 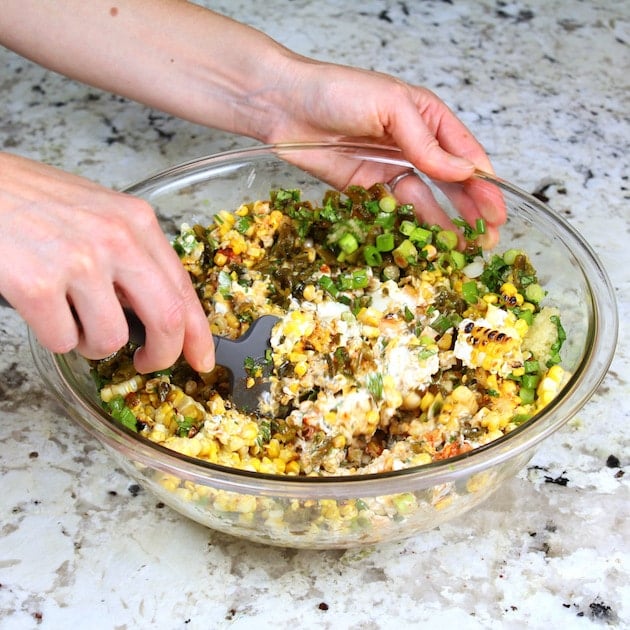 Finally, I transferred the mixture to my favorite cast iron skillet

(you can also use a 2-quart baking dish)… 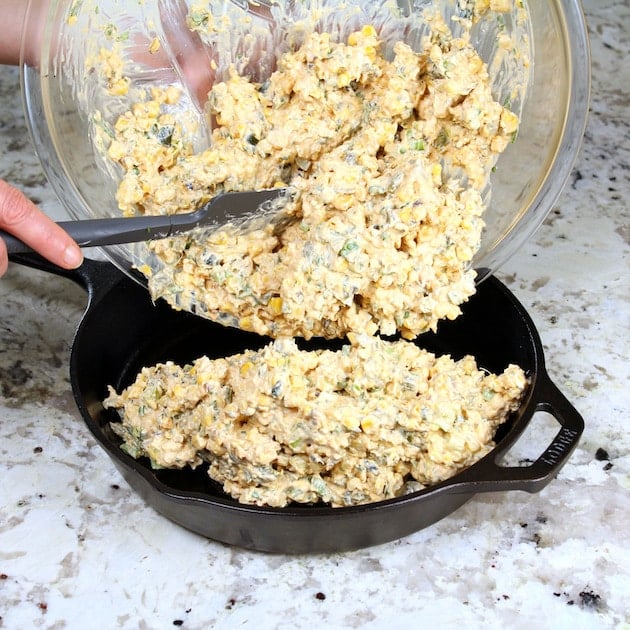 …and baked it at 450 degrees for 12 minutes… until it was hot and bubbling around the edges of the pan.

I topped it off with some more chopped green onions and served it with some corn chips. 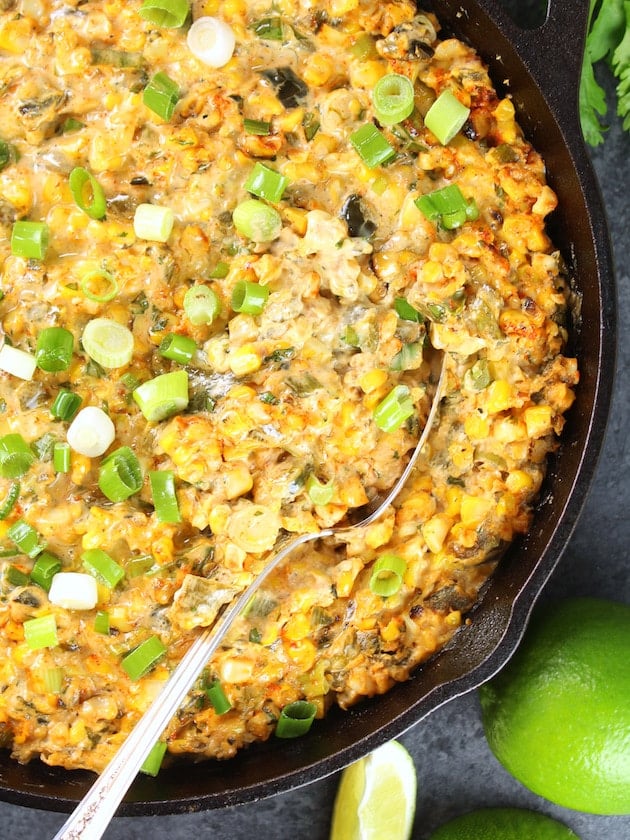 This Smoky Corn Dip is the perfect summer appetizer to bring to a cookout or serve when your friends stop by.  But beware – you might not need to serve anything else because it’s just that good! 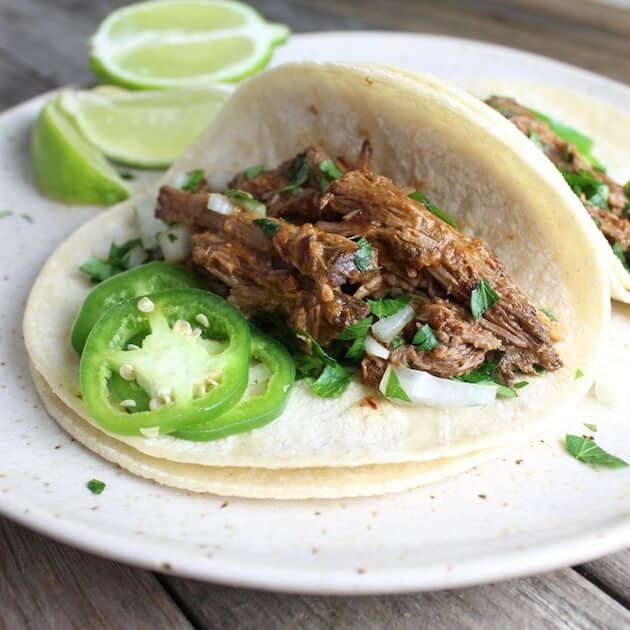 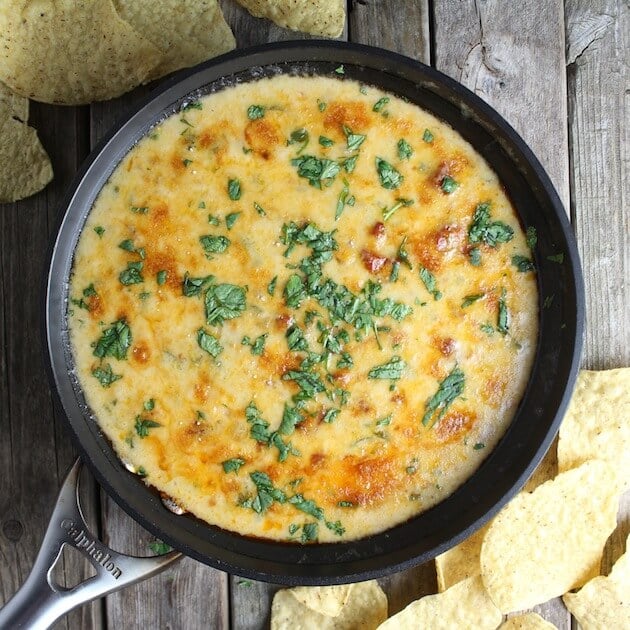 « One Pot Creamy Chicken Pesto Pasta
The Cookout Menu For Your Next Summertime Bash! »

Thanks for visiting! I'm Holly, and Taste And See is my place to share and inspire beautiful deliciousness.  <MORE...> 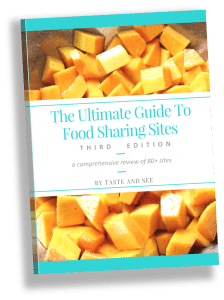